kdpeaks is an R library for finding peaks in KDE density plots. If you pass the function a kernel density estimate matrix, the function will find all of the peak values in the 2D matrix.

This package can be installed directly from the Github repository.

Data from all peaks are returned from the function, sorted by their height.

Here is an example KDE plot for a log2-ratio vs BAF data in whole-genome sequencing. 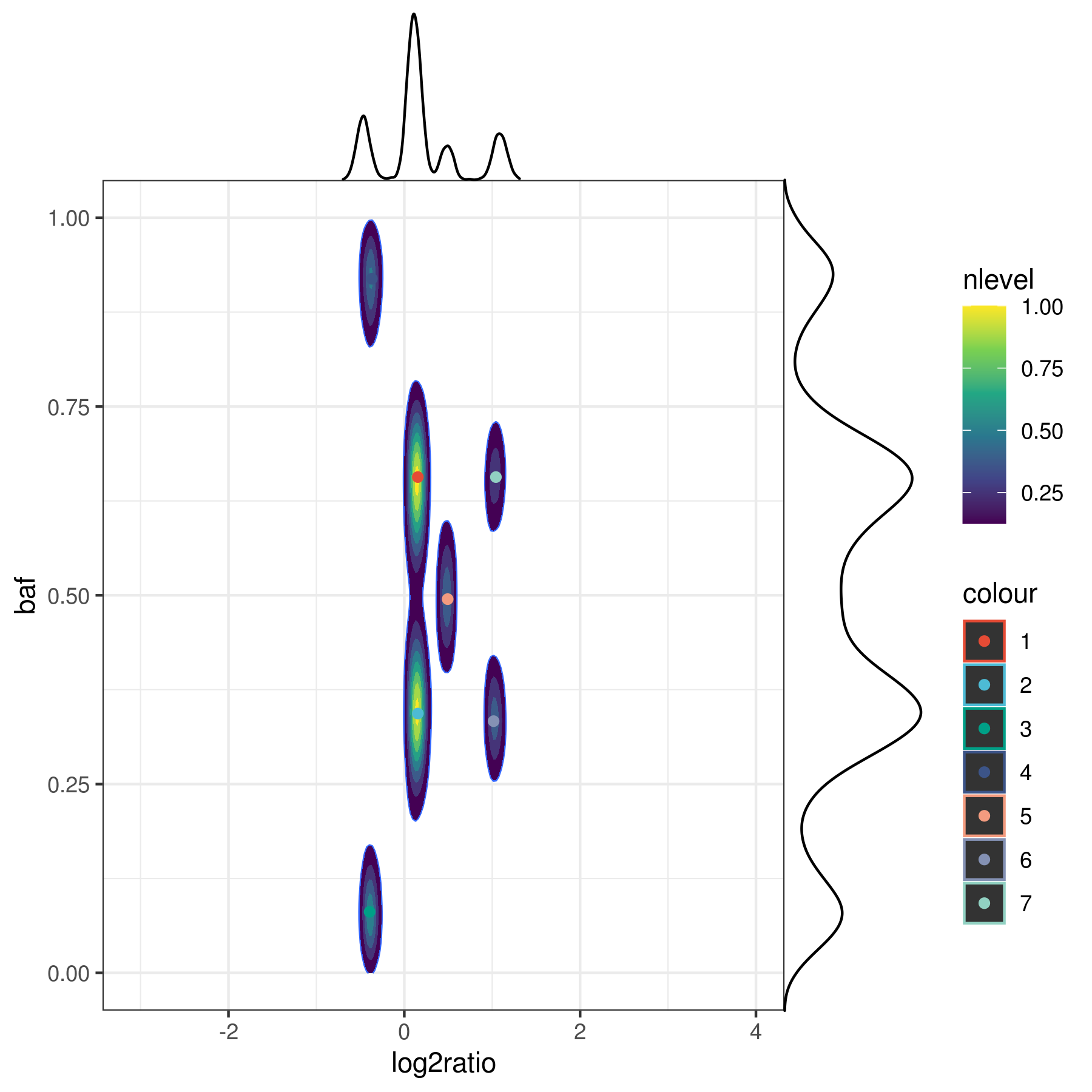 kdpeaks was used to find the peaks as identified by the 7 points. 1-D density plots are shown for each axis as a comparison.

Here is how this plot was generated.